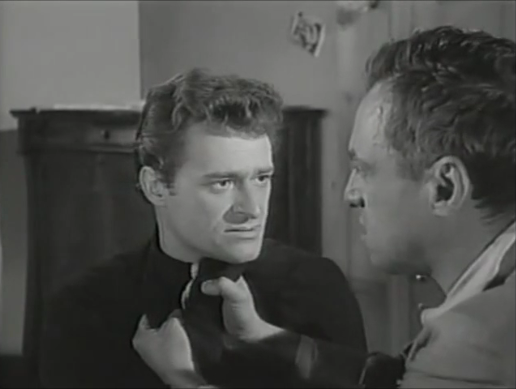 CELEBRATE THE BIRTH OF THE 45 RECORD WITH ROCK AND ROLL AND RACKETS – TODAY ON BETA MAX TV!!!

On February 1, 1949, RCA released a demonstration record introducing the first example of the brand new 45 rpm record format and ushering in a whole new era of home music listening! To celebrate the birth of the “45”, Beta Max TV has some some music, some action, and a legendary B-movie director all rolled into one with our Music Monday feature presentation of CARNIVAL ROCK (1957)!  Directed by Roger Corman, it stars David Stewart as Christy, the owner of a rock and roll club located in a carnival that features hot rock and roll acts and a singing star named Natalie (Susan Cabot).  Christy has the hots for Natalie but he also has a ton of debts and a gambling problem and loses the club – and the girl – to gangster Stanley.  When offered a clown job at the club, Christy snaps, plotting revenge on Stanley, the club, and Natalie.

A bit of a different film for Corman, CARNIVAL ROCK features performances by Bob Luman and His Shadows, the Platters, David Houston, and the Blockbusters.

Get ready for some music and drama and celebrate the “45” today with your home for B-movies…and rock and roll records!!!  Beta Max TV!!!