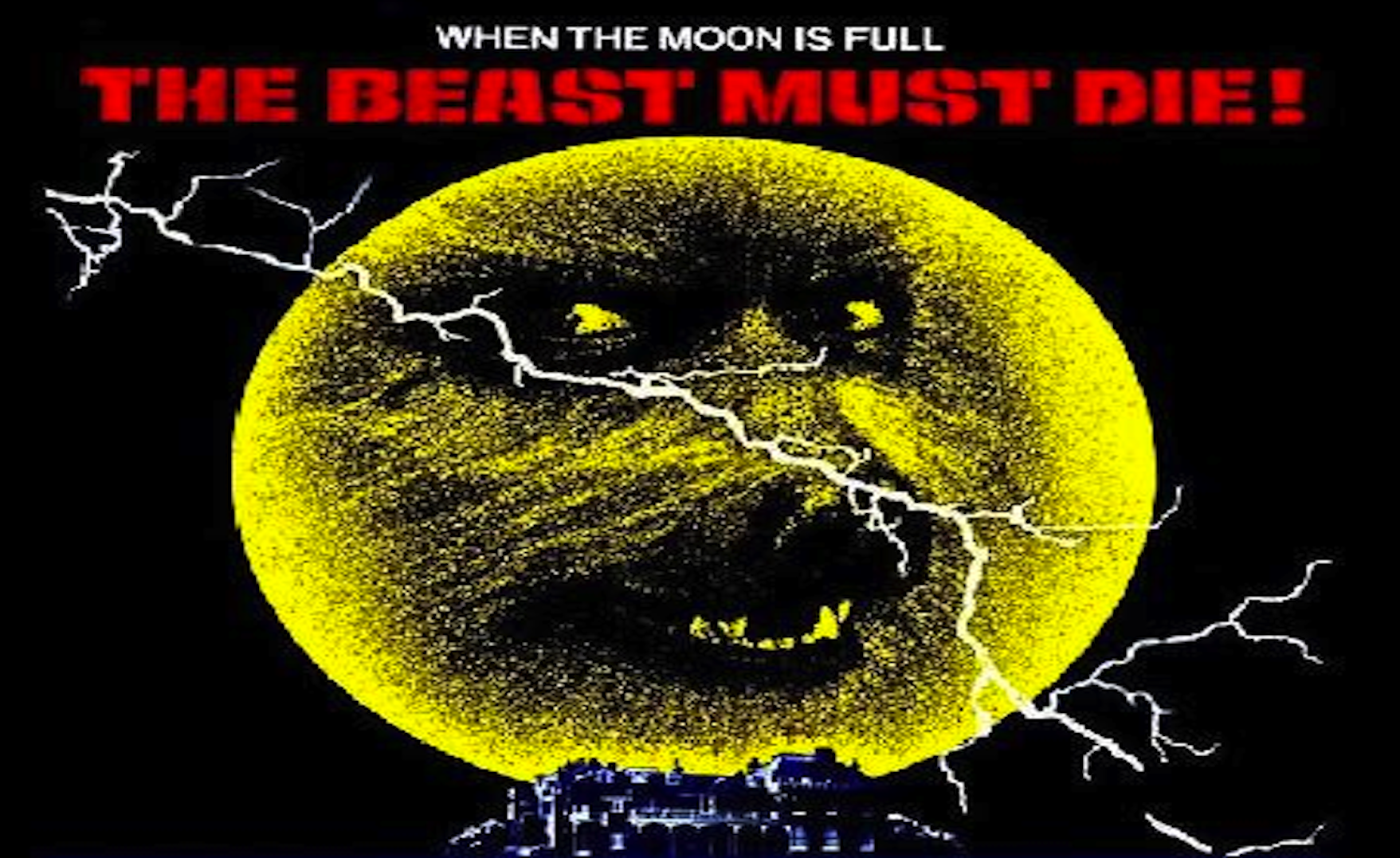 It’s SPOOKY SCARY MONTH here on Beta Max TV, so it only seems natural (or perhaps “unnatural”) that a beast should pop up. So how ’bout TWO beasts instead!

The first beast – THE SHE BEAST (1966) starring Barbara Steele. An English newlywed couple heads to Transylvania for their honeymoon (hey, it was closer than Niagara Falls!). While driving across a bridge, the car’s steering goes out and they plunge into the river where the wife is possessed by the spirit of a thoroughly evil witch who was executed there in the 18th century. And she’s out for revenge (as evil witches reincarnated often are). It’s up to the husband and a strange count to stop her!

The second beast – THE BEAST MUST DIE (1974) with Calvin Lockhart and Peter Cushing. A big game hunter has bagged just about every critter he can think of except one – a werewolf! He invites a group of people to his palatial wooded estate for the hunt. Each of his guests has been involved in a strange set of circumstances (mutilated, partially eaten bodies and like that) that suggests they might be a werewolf. The unique feature of this werewolf movie, besides having a dash of blaxploitation, is that it’s set up like a detective story and it’s up to you to figure out who’s the werewolf. There’s even a “werewolf break” near the end of the movie to give you a chance to assemble all your clues.

THE SHE BEAST and THE BEAST MUST DIE! A witch, a werewolf, and a lot of strange people! It’s DOUBLE BEAST MONDAY on your home for B-movies…and today B stands for BEAST! Beta Max TV