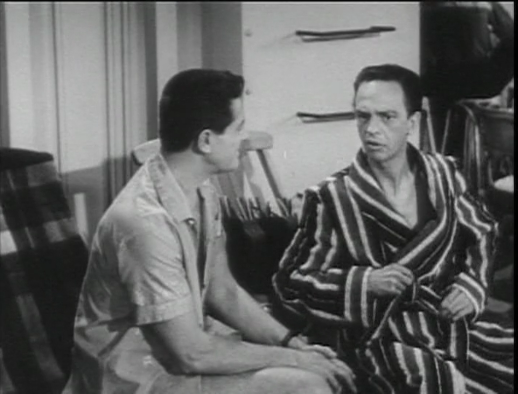 From Barney Fife to Ralph Furley, Don Knotts was one of the most popular and beloved TV and movie stars of all time and today, Beta Max TV salutes him!

Don passed away this day (February 24) in 2006 but it all started on July 21, 1924 in Morgantown, West Virginia with the birth of Jesse Donald Knotts. Don served in the U.S. Army during WWII and graduated from West Virginia University in 1948 with a degree in education. He started his performing career with a ventriloquist/comedian act as a teenager and continued performing while in the service.

His first major break came in 1953 with a recurring role on the soap opera Search For Tomorrow followed by a regular spot on the Steve Allen Variety Show until 1960. Having appeared in the Broadway production of No Time For Sergeants, he reprised his role in the film version marking his first appearance with Andy Griffith. From 1960-1965, he appeared as Deputy Barney Fife on The Andy Griffith Show. Knotts left the show to pursue his film career starring in such hits as The Ghost and Mr. Chicken, The Incredible Mr. Limpet, and The Reluctant Astronaut. In 1979, he returned to TV as the wacky landlord Ralph Furley on Three’s Company where he stayed until the show ended in 1984. Knotts continued to make occasional television and movie appearances through the late 90s.

In celebration of Don Knotts career, we have two early examples of his work. First, from 1958, it’s an episode of Bob Cummings’ LOVE THAT BOB! In BOB AND SCHULTZY GO TO SEA, Bob, a professional photographer on a Hawaiian cruise, meets meek and spindly Flash Gruskin (Don Knotts) and helps him land a date with Bob’s secretary Schultzy (played by a pre-Brady Bunch Ann B. Davis). Then in a rather un-Knotts-like role, it’s Don in his very first TV role on the long running soap opera Search For Tomorrow. Don plays Wilbur Peterson. a man slipping in and out of an amnesiac coma and holding a mysterious secret (1953). Plus, since today (2/24) also happens to be Abe Vigoda’s birthday, we’ve included a commercial featuring Abe in one of his first appearances ever!

Atta boy Luther!!! It’s a Double Don Monday salute to one of our favorite actors, Don Knotts, on your home for B-movies…and nipping it in the bud!!! Beta Max TV!!!